The Nigerian Air Force (NAF) has signed a Memorandum of Understanding (MoU) with the University of Maiduguri (UNIMAID) on research, development and maintenance of aircraft.

According to the Chief of Air Staff (CAS), Air Marshal Sadique Abubakar, who signed the MoU, it had always been his desire to partner with the nation’s higher institutions of learning for research. 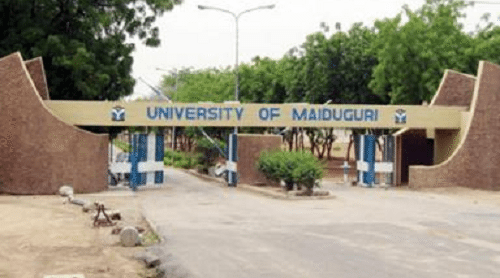 Abubakar said: “We have highly talented Nigerians, especially in the nation’s higher institutions who could add value to the development of the society.

He said that the signing of the MoU would open a new frontier in the relationship that already existed between the two parties.

He recalled that in 2013, NAF signed 15 MoUs with the nation’s higher institutions of learning in the area of research/development and maintenance of its aircraft.

The CAS said further that NAF could not continue to rely on foreigners for the maintenance of its aircraft, hence the reason for the signing of the MoU with the nation’s higher institutions.

In his reaction, the Vice Chancellor of UNIMAID, Prof. Ibrahim Abubakar, expressed delight at the signing of the MoU with NAF, saying it was a good happening to the institution.

Abubakar said without the effort of NAF, UNIMAID would have closed down because of the activities of insurgents in the area.

He promised to assist NAF in the area of research, development and maintenance of its aircraft to enable it to carry out its professional responsibilities of protecting the nation’s territorial integrity.

The vice chancellor said the signing of the MoU would also open a new frontier for the institution by enabling it to establish an Aeronautical engineering department. (NAN)