The authorities of the Polytechnic, Ibadan, has announced that the resumption date of the institution for the 2017/2018 academic session.

He urged candidates who had been offered admission to log on to the institution’s website to pay the acceptance fee. 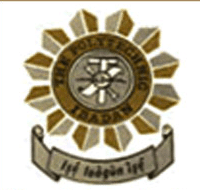 He also asked old students to log on to the website for details on registration and other activities.

The Registrar said academic activities would commence on January 15 for new and old students.

The polytechnic, founded in 1970, was shut on November 2, 2017 after the academic staff union of the institution embarked on an indefinite strike over non- payment of salaries and other benefits by the state government. (NAN)