All is now set for the Federal University of Agriculture, Abeokuta (FUNAAB) Radio to begin daily online transmission with effect from Monday, May 23, 2016.

The full radio station, which plans to follow up later in the coming months with its terrestrial broadcast platform, is to operate on the frequency 89.5FM.

The implication of this latest move is that, with just a click on the Internet, people from across the world, irrespective of geographical boundaries, can listen to news, entertainment talk shows, agricultural programmes and other content transmitted on the radio station.

The Coordinator of FUNAAB Radio, Mr. Ayo Arowojolu, who made this disclosure while unfolding plans by the station to flag-off its operation, explained that the primary philosophy behind setting up of the station was premised on the need to enhance stakeholders and campus communication with the use of a technology that facilitates transmission and dissemination of the concerns, interests and activities of the academic environment to a large and heterogeneous audience. 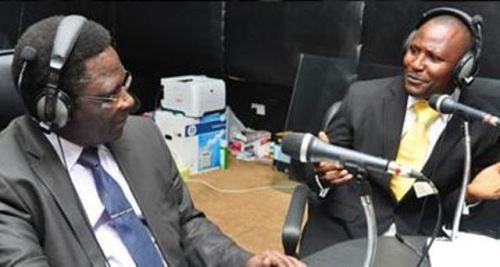 He said all efforts had been channeled at producing content and programming on themes that advance the development of the University community in such a way that many developmental programmes, research breakthroughs and positive happenings would become very visible in the public domain.

He added that the radio’s capacity building efforts over the years had paid off in several unique ways, as over 200 students had been trained on how to develop competencies in media operations as many of them has already become accomplished broadcasters.

Mr. Arowojolu also revealed that in making FUNAAB Radio a niche channel to have an edge over other competitors, a very colourful and impactful FUNAAB Radio website had been developed, which was designed and packaged by a 400-level student of the University, Oluwatosin Ogunniyi, of the Department of Mathematics, saying the high quality of the website had been attested to by experts from the Information and Communication Technology Resource Centre (ICTREC) and Centre for Innovation, Training and Learning (CISLT) of the University.

The Coordinator described the FUNAAB Radio website as a fitting complement to the radio’s planned transmission which, going by the wattage power approved by the National Broadcasting Commission, would help overcome the challenge of limiting output to the confines of Abeokuta and environs.