A total of 186 newly admitted part-time degree students of the Federal University of Agriculture, Abeokuta (FUNAAB) participated in the 2015/2016 Academic Session Matriculation ceremony.

Speaking at the ceremony, the Vice-Chancellor, Prof. Olusola Oyewole, congratulated the fresh students on their admission and stated that the university would continue to adopt sustainable effort at encouraging students to be disciplined in both their academic and social activities. 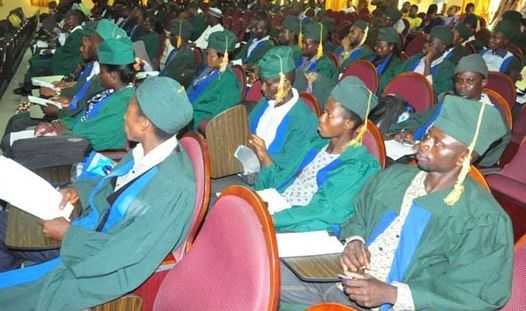 Prof. Oyewole, who was represented by the Deputy Vice-Chancellor (Academic), Prof. Catherine Eromosele, stated that matriculation ceremony was meant to admit, advice as well as caution students on some salient issues that bordered on ethics and values that would guarantee successful studentship and nurturing them to become good citizens.

He warned that matriculation was not just a ceremony of taking of photograph but a serious business of oath-taking and signing of legal documents, saying “It is an agreement between the students and the University with the promise to perform their duty and obligation, to respect, defend and promote the rules and regulations as well as the good name of the University”.

The Vice-Chancellor disclosed all the credentials presented for admission would be verified with the examining bodies and any student, who had falsified his or her credentials would be expelled from the University and handed over to the appropriate law enforcement agencies for prosecution in the law court.

He pointed out that the University had zero tolerance for examination malpractice and other related vices, stressing that any student, who engaged in these vices would face appropriate sanctions, ranging from rustication to expulsion.