The Sorry State of Hostels In Nigerian Universities

The nation’s ivory towers are supposed to be centres of excellence in all facets, but this is not the case as one crucial area-environmental hygiene-is seriously lacking in most government-run institutions of higher learning.

As an undergraduate, back then, taking one’s bath in the bathroom or even easing oneself in the toilet was usually a hurdle because of the sanitary conditions of the facilities. Even though there were porters who came daily (apart from Sundays) to clean, the high number of persons using the facilities coupled with the water situation was a major challenge.

“Due to the limited number of students the available hostel spaces could cater for, we found ourselves in a situation where a room originally meant for four students was being shared by eight students–each of the legal occupants had a squatter. This is in addition to students living off campus who also had to share the same facilities as there were none (toilets) around the lecture theatres – a number far beyond the projection at inception- effectively making it almost impossible for the toilets to be neat.” 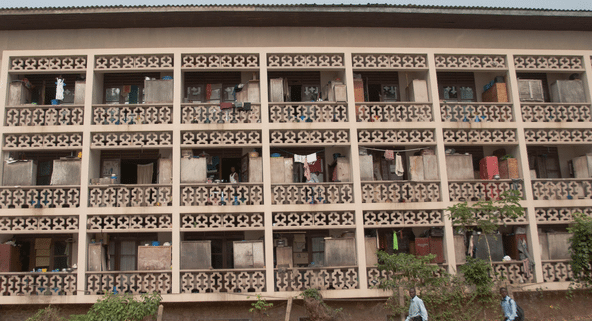 The scenario above was painted by an alumnus of the Benue State University, Markudi (BSUM), Susan Ali. Years later, the situation is yet to change. Sanitary conditions in the university’s hostels still leave much to be desired and this has been a major concern for students in many tertiary institutions across the country. The situation in hostels in many tertiary institutions leaves a sour taste in the mouth.

For students of Ahmadu Bello University, Zaria, Kaduna State University and Kaduna Polytechnic (KADPOLY), all in Kaduna State, life in the hostel is like living in hell.

Our correspondent who was at three institutions gathered that 30-50 students utilise just three toilets and three bathrooms with inadequate water supply to even flush the toilets after usage.

The situation in Kaduna State University is, however, different, this because the hostels are been handled by private individuals and partners.

A student in ABU said the situation has worsened to the extent that some students take their bath outside the bathrooms due to long queues.

“We hardly get water to take our bath and there are no refuse dumps within the hostels,” she added.

Also a student of KadPoly said that “Four students are paired in a given room and there are no bunks; we spread our mattresses on the floor to sleep.

“As you can see, the environment is not even clean; there are no refuse dumps here, so people throw away things anyhow. There are no mosquito nets to guard against malaria and other preventable diseases. Some (students) fall ill frequently,” he said. 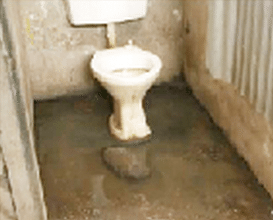 Also, sanitary conditions in most hostels in the tertiary institutions in Imo State are said to be outrightly disgusting and unhygienic.

Another student from the Federal University of Technology Owerri, who did not want his name in print disclosed that it is better to defecate in the bushes than using the toilets in the hostel.

According to him, the toilets are always messed up, with tissues and some other harder papers are sometimes discarded inside the toilets.

The source attributed the unhealthy environment to lack of adequate water needed to wash and flush the toilets.

However, the situation is better at the Federal Polytechnic, Nekede, where the school authority engages a private sanitary company for the upkeep of the hostel.

The University of Lagos has been a place of attraction for students in Nigeria because the institution is situated in a mega city.

Many parents even go as far as bribing school officials to secure admissions for their wards. The high expectations of “lucky” freshmen are usually dashed when they find out that the bathrooms and toilets of the university are not in good condition.

One of the students who spoke with our reporter affirmed that most students do not maintain proper hygiene, saying they use the toilets without bothering to flush. Others who refused to mention their names said when the condition of the toilets deteriorate they result to other means.

In Enugu, our correspondent who visited universities located in the state observed that the conveniences are in pitiable conditions, a development that forced students to use nearby bushes whenever nature calls. 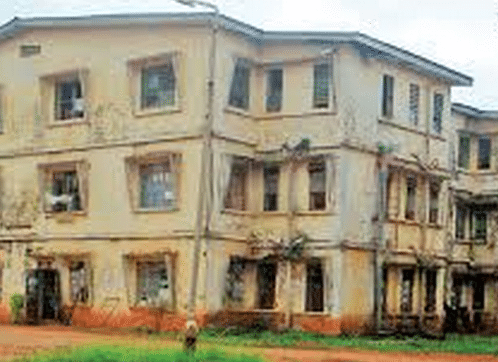 At the Enugu State University of Science and Technology, it was observed that the toilets and bathrooms have not been renovated for many years while the faecal matter deposited in them long ago is yet to be evacuated.

When our correspondent visited the Enugu campus of the University of Nigeria Nsukka, it was noticed that the sanitary conditions of the hostels have slightly improved following renovations recently carried out by the university authorities.

A lecturer who spoke on condition of anonymity attributed the ugly conditions of the toilet facilities in universities in Enugu State to improper usage by the students, adding that most of the students defecate like uncivilised people.

Except for the occasional breakdown of the flushing system of the toilet facilities which is quickly repaired once it is brought to the hostel management’s attention, students of the Nnamdi Azikiwe University Awka, expressed satisfaction with the sanitary situation in their hostels.
Culled from Leadership Newspaper

Your comments are appreciated, let us know your thoughts by dropping a comment below