The Federal Government has ordered the reintroduction of history as an independent subject into the basic and junior secondary schools in the country.

According to the Nigerian Minister of Education, Malam Adamu Adamu, who gave the directive at the launch of history curriculum and teacher’s guide in Abuja, it would allow students know the history of the country.

Adamu said that the importance of history to nation building, national identity, patriotism and overall human development could not be over emphasised.

He said, “The desire to realise this and national clamour for it to be back informed our decision to reintroduce the teaching of history in Nigeria’s primary and junior secondary schools. 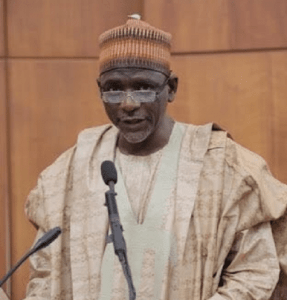 “This initiative was approved by the National Council on Education during its 61st ministerial session in September 2016.’

The minister added that following this development, the Nigerian Educational Research and Development Council (NERDC) was directed to carry out the dis-articulation of history from social studies curriculum.

He said the new history curriculum was designed to expose students to a body of knowledge that would enable them appreciate history as an instrument of national integration and nation building in the 21st century and beyond.

He, however, was optimistic that the curriculum would equip the younger generations of Nigerians with the knowledge of the past and how the past relate to the present.

In his remarks, the Minister of State for Education, Prof. Anthony Anwukah, said a nation without history was a nation without a better future as it could not understand nor address the present situations.

He said in order to move the nation forward and make it play its catalyst role as instrument for human and national development; there was need for the reintroduction of history in schools. (NAN)